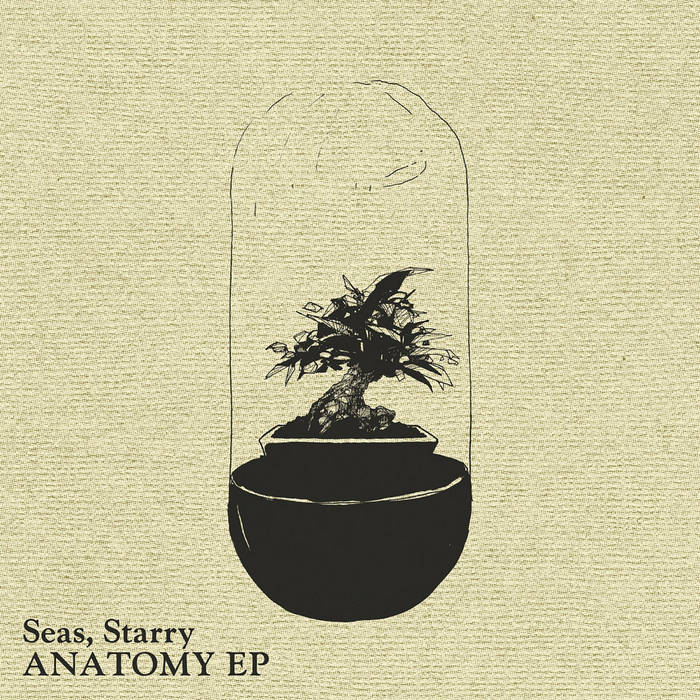 Recorded during lockdown 2020.
Engineered by Jan at Big Dirty Studios.
Mastered by Robin Sutherland at Esko Mastering.
All songs by Seas, Starry.
Additional lyrics and vocals on “Nun the Wiser” by Derrick Johnston.

Hailing from Aberdeen, Scotland, Seas, Starry are a noisy kraut/psychedelic/ambient inspired four piece band. Formed in 2010, Seas, Starry have released two full length albums to date. Their debut album “Tyto Alba” was strongly influenced by the likes of Labradford, My Bloody Valentine and Errors, whilst the follow up “Triangle Teeth” was an energetic and discordant release, recorded live in the space of ten hours.

The Anatomy EP, released digitally by Make That A Take Records and on CD by Ripcord Records is the latest release from Seas, Starry, self-recorded during the COVID lockdown. Songs blend the influences of previous releases, with noisy punk influenced songs such as “Stabbed in the Eyes” and “Nun the Wiser” which features vocals from Derrick Johnston of Make That A Take and Uniforms/Tragical History fame. The EP bookends with cinematic and experimental tracks “Skull / Tone / Skull” and “New Ruins”.

“From the more inventive end of the post-rock/ambient spectrum, Seas, Starry are a monumental live act, and are clearly capable of repeating their intensity in the studio – their debut LP proper, ‘Tyto Alba’, is a brilliant, sweeping record, a mastery in spacing, timing and guitar tone.” - DIY Mag

“...they sounded like something off the finest works by progressive metal titans, Tool.” - We Plug Good Music

“Characterised by gorgeous, soaring waves of guitars which feedback and squall deliriously with fluid and organic rhythms that lack the rigid, mathematical precision of their predecessors these are songs that build to massive, glacial crescendos in a slightly out of focus fashion which only enhances its otherwordly beauty.” - Active Listener